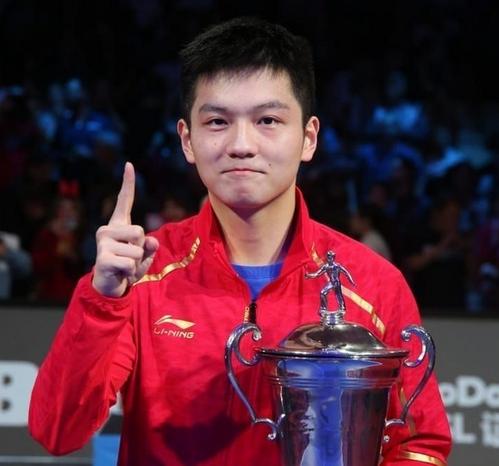 "Dragon Fat Battle" is undoubtedly the focus of the men's singles arena of this championship. In the past record with Ma Long, Fan Zhendong is not dominant in winning rate, but he has won more victories in the last few matches, and he can always gain something from the contest with Ma Long: "Ma Long is not just leading. It was terrible when he was behind. In fact, it was even more terrifying when he was behind to bite the score. His ability to handle fierce relationships and capture the opponent's psychology is recognized as strong." In the men's singles competition at the National Championship, Fan Zhendong defeated Niu Guankai , Zhao Zihao, Liang Jingkun, and Ma Long climbed to the top. He said that he performed better than one game: "It has been a long time since I have a game. My old problem is slow heat. This time I have adjusted and improved through games. The good news is that I not only spent a lot of energy on technology, but also on brain and tactics. I played better every time and I saw my accumulation and progress."

In the process of    men's singles summit, Fan Zhendong also achieved victory over "old rival" Liang Jingkun. In the Olympic simulation game of the Chinese table tennis team more than a month ago, Fan Zhendong lost to his opponent 2-4 in the men's singles semifinals. Moving to the National Championships, Fan Zhendong prepared more fully, and finally secured the victory with a big score of 4-1. After the game, Fan Zhendong said that he had won "a fluke": "Recently, Liang Jingkun's quality has improved significantly. I didn't start very well in the first three rounds. There were too many unnecessary and backhand mistakes, but luckily there was a chance to win the second round. Going back to the same starting line, if it is a big score behind 0 to 2 and then face the situation of 2 to 5, 3 to 6 in the third game, the ball may be very difficult. "Compared to the performance of the Olympic simulation game, Fan Zhendong believes that he has done a better job in handling the game: "When everyone has done well and badly in a game, how can I extend the time to do well, or when the opponent has a great advantage? To bite down a round and bite the score, these are things other than technology, that is, the ability to compete. For me, the second and fourth rounds of this semi-final are very important. It was these key points that I lost in the last game. ."

Different from the men’s singles champions of the previous two championships, Fan Zhendong has a new harvest this time: "The game is very difficult. Whether it is the first or the semi-finals and Liang Jingkun, including the finals, it was once difficult. I can’t hold it anymore, but at this time I will bite and top myself again, and there is a different possibility. I have withstood the test and gained a lot of valuable experience.” (Reposted from October 15 "China Sports Daily" 03)