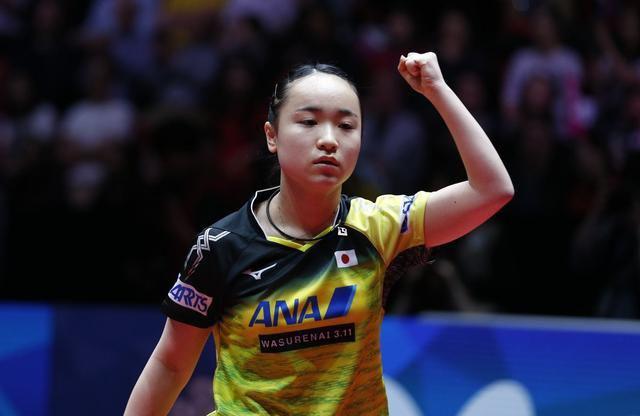 When he was still in elementary school, Mima Ito regarded winning the Olympic gold medal as his goal and kept talking about it. Now, the 20-year-old Mima Ito has come to second place in the world rankings and has the experience of defeating major Chinese players such as Ding Ning and Zhu Yuling.

On the 21st, Mima Ito spent her birthday in Shanghai. Although she was still in isolation, she still showed a V sign, which means 20 and victory. Mima Ito said that her goal has never wavered, "I'm the type who convinces myself through words. It is difficult to act if I don't speak it out. I speak tough. This way I can improve myself. When practicing Sometimes it gets dark suddenly."

At the 2016 Rio Olympics, Mima Ito, who was under 16 years old, won the bronze medal in the women's team with the Japanese team. She is the youngest Olympic table tennis medalist. Before participating in the Rio Olympics, Mima Ito had stated that she would represent Japan in the Rio Olympics, and at the last moment she did get the place as a finalist. Mima Ito said: "I don't care about old age, age, big people, etc. What should be said and not said will not work. I will listen to the opinions of the players and tell them what is strange."

Ito Mima’s character, on the one hand, allowed her to strengthen her conviction and embark on her own path in life; on the other hand, her mood has changed this year and she has become able to accept the status quo. Mima Ito said: "Although practice is the pursuit of perfection, I found that if the competition does not pursue perfection and let it relax, it can better reflect your own personality and make people feel liberated."

In January this year, Mima Ito lost to doubles partner Hina Hayada in the All-Japan Championship. Mima Ito couldn't forgive herself, she was very restless, and her mind and body became rigid. The German Open in February was also out early. Mima Ito said that the report at the time stated that she was too pursuing perfection, and Mima Ito suddenly realized that there is no need to pursue perfection too much. Before that, I can’t forgive myself once I get to the game. Obviously it was done in practice, why can't the game be played? Being such a person, I have been fighting with myself. "

After the Hungarian Open, the Chinese team did not participate. Mima Ito had the last laugh. Although it was considered to be insufficient in gold, Mima Ito said that winning with a new style was the biggest gain. After that, the Tokyo Olympics was postponed, and Mima Ito stopped pursuing perfectionism in the extra year.

Learning to be softer is the change of Mima Ito, but the strength in his bones will not change. The 20-year-old is coming.