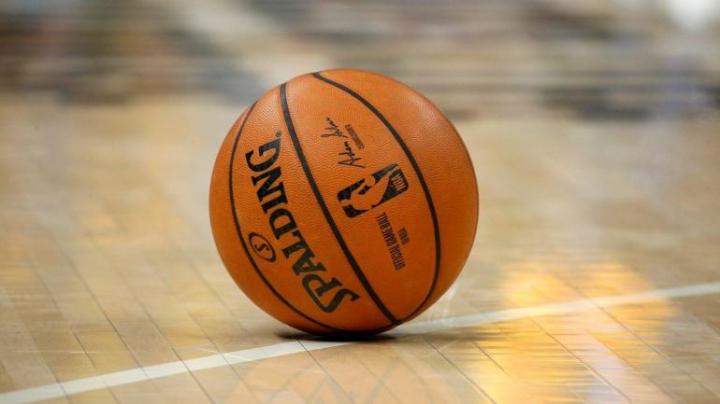 Football is the world’s largest sport, and it’s not surprising that it’s popular in China. Table tennis has been full of honors over the years and complements the huge grassroots foundation. However, my country’s basketball has not achieved much remarkable internationally. The best results should be It is the two world runner-up of the women's basketball team. Why is this sport so popular in China?

Regardless of how glamorous the NBA is now, their establishment is the latest of the four major leagues in the United States. The BAA (the predecessor of the NBA) was established in 1946. At that time, there were only 6 teams in the league, and the main function was to fill the idle time of the ice hockey arena. At that time, the NBA, the withdrawal of the team and the dissolution of the league were always the "Sword of Damocles" hanging over the head. At the same time, China has just experienced a 14-year arduous struggle against aggression, and no one knows when there will be peace in the future. Although many people may not have heard of the word "sports" at all at that time, as early as the early years of the Republic of China, basketball already had soil in China.

The invention of basketball is not too early. It was only born in 1899. At that time, China was also suffering. However, because the closed-door policy was forced to end, basketball was able to spread to China faster and became very popular in universities during the Republic of China. .

Chairman Mao was a good basketball player when he was in Hunan Normal University-of course, he is also an excellent goalkeeper on the football field and a good swimmer in the swimming pool. And his "legend" of reading under the noisy basketball shelf in order to exercise his concentration, my mother often talks to me so far.

There are many allusions that can reflect the popularity of basketball in colleges at that time. For example, in one year, Han Fuju, a warlord of the Republic of China, went to Qilu University to give a speech. The whole speech was ridiculous, which made people surprised and laughed. 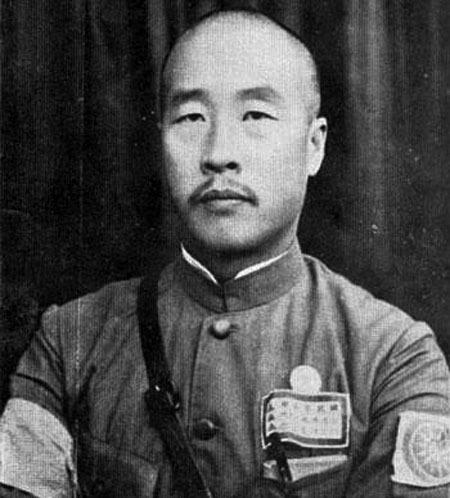 In one of the paragraphs, Han said: "Student basketball game, the general secretary must have corrupted it, otherwise, why is the school so poor? What does it look like when a dozen people wear pants to grab a ball? How unsightly. Come to my mansion tomorrow For a penny, buy a few more balls and serve one per person, so you don’t have to fight for me."

Although this speech is not historical and contrived, it also reflects the popularity of basketball at that time.

The more well-known one should be Ji Xianlin's diary. As a master in China, after his diary was published, everyone saw a different Ji Xianlin, a bit "contrasting cute". In addition to the famous sentence "what's the test of his mother", he also mentioned the women's basketball in Tsinghua Park.

In his diary on December 1, 1932, he wrote: "Watching the football and women’s basketball of Comrade Cheng Middle School after noon, 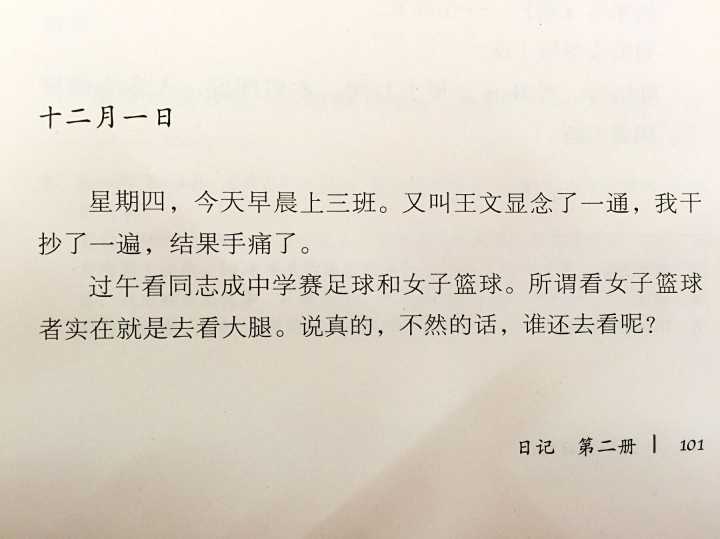 On December 21 of the same year, he went to "look at the thighs" again: "Watch the women's basketball match between Tsinghua University and High School.

The predecessor of Tsinghua University was the "Preparatory School for Studying in the United States", and it was naturally one of the first places in China to be exposed to American sports. Sun Liren, an anti-Japanese star who had been educated for many years at Tsinghua University, once led the Chinese basketball team to win the Far East Games championship in 1921 as a main guard-this was the first international honor Chinese basketball has achieved. 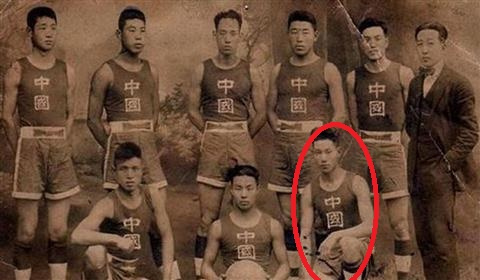 Later, despite the turmoil in the country, China's sports continued to develop stubbornly, and the sports people of that generation also had the belief in "helping the Chinese people to take off the hat of "the sick man of East Asia"".

During the same period, my country's basketball level continued to improve, and the national team had reached the level of "playing invincible players across East Asia". It also represented China in the 1936 Berlin Olympics with "Football King" Li Huitang and others. 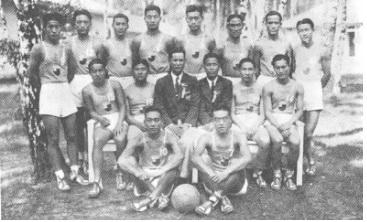 The Red Army is also a loyal supporter of basketball, especially Marshal Zhu De and Marshal He Long. When the Zunyi meeting was held, the situation of the Red Army was not uncritical, but they were still able to spare time to play a game with the basketball team of Zunyi No. 3 Middle School, which fully demonstrated the revolutionary optimism of the old Red Army.

During the War of Resistance Against Japan, the Eighth Route Army had always held basketball games. Marshal He Long even pulled a basketball team from his 120th Division, and sometimes went to battle in person. 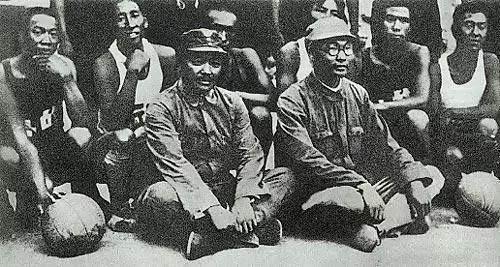 Because of this, after the founding of New China, although basketball was a sport of "US imperialism," it was still widely developed in China.

At that time, my country's basketball style was basically in line with its big brother, the Soviet Union, and its level has always been the top in Asia. It has also entered the semi-finals of the World Championships (the predecessor of the Men's Basketball World Cup) many times.

But to say that basketball is officially promoted to the public, we still have to start in the 1980s.

In the 1980s, China entered an era of economic "running forward". After solving the problem of food and clothing, most people begin to pursue a higher level of pursuit.

At that time CCTV did not have a sports channel, and TV sets were still a rarity. In this context, the NBA became the first foreign professional sports league to be introduced and broadcast domestically. 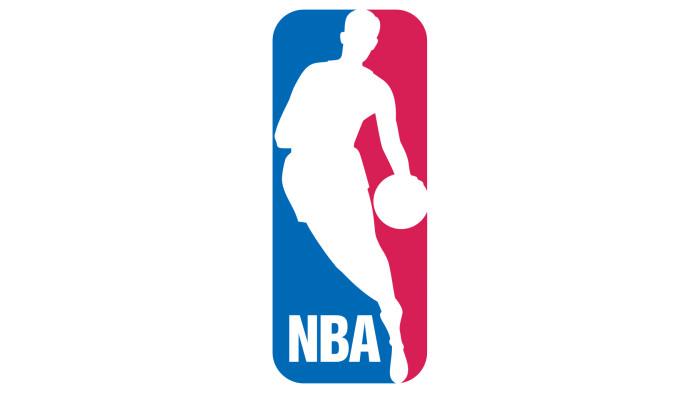 In 1986, the NBA mailed a videotape to CCTV from across the ocean. This was the sixth game of the Lakers vs. Celtics in the 1985 NBA Finals.

However, it will take another 3 years for the NBA to start its full broadcast in China. In 1989, Stern visited China for the first time in order to negotiate with CCTV for NBA broadcast.

Without an appointment in advance, he was turned away by the doorman of CCTV. But he insisted on waiting in the CCTV lobby for several hours and finally got the opportunity to meet the leaders of the sports department of CCTV at that time.

Stern recalled that the narrow office of CCTV was full of video tapes. In this small office, Stern patiently introduced the NBA to the leaders of CCTV, and promised to broadcast it for free and invite CCTV to broadcast the finals in the United States at the expense of the NBA. 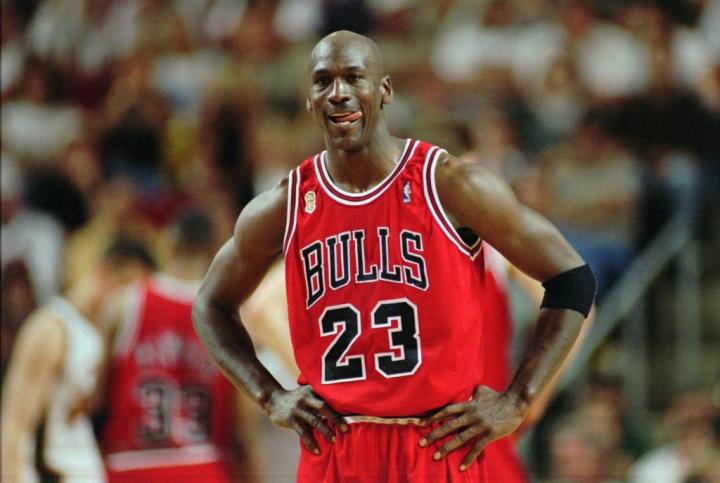 Later, CCTV also tasted the sweetness of broadcasting foreign matches, and football matches such as Serie A and Bundesliga were successively introduced. At that time, the NBA just caught up with the "Magic Birds" and Jordan's "Bull Dynasty", and Serie A was also the star-studded "Little World Cup".

Watching the NBA during the day and Serie A at night have become classic memories of the generation of Chinese people, including my father.

In the mid-1990s, "Slam Dunk" also spread across the streets and alleys across the country. Sakuragi, Rukawa, Sendo, Haruko... The animated theme song of "Three Belts for One Catty of Soybeans" is spread in the streets.

Subsequently, domestic basketball has also become professional. Wang Zhizhi, Battelle and others have landed in the United States one after another. The top pick Yao Ming has driven a new wave of NBA domestic craze after Jordan retires. Everyone who has Yao Ming will stare at the screen and watch TV. On TV, if you watch live text without TV, you have to sneak a glance at your phone even if you are in class, for fear of missing any second.

After the first ten years of the 21st century, the NBA had eaten the sweetness of the Chinese market for decades, and the NFL and other American sports leagues thought of developing the Chinese market, but it was too late. There was no first mover advantage and no mass base. , Making the promotion of these sports in China extremely difficult.

For a sport to be developed, not only does it have to be watched, but it also has to be played. Compared with other sports, basketball has built a huge participating group in China because of its unique advantages. 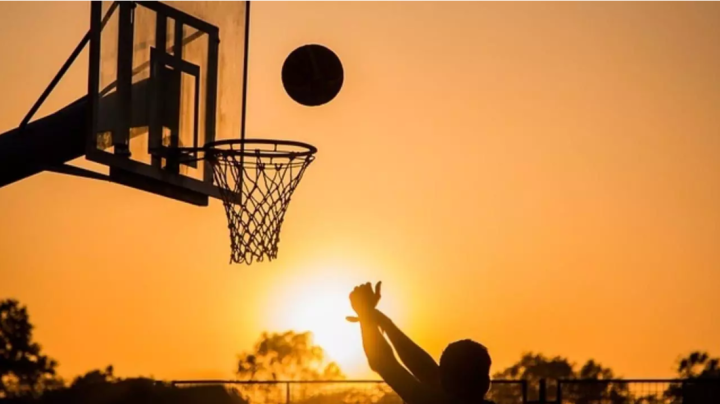 The first advantage is naturally the venue. Although my country has a vast territory, in fact 1.3 billion of the 1.4 billion population live in more than 4 million square kilometers south of the Heihe-Tengchong line, and the population density is still quite large.

Therefore, relatively small venues such as basketball, table tennis, and badminton have become the first choice when building sports venues everywhere. The same is true on campus. There may be only one football field (or even no), and there must be many basketball courts. a lot of.

Based on the per capita area, a basketball court can be divided into two halves. According to the 4v4 score and three teams playing in turn, one half can play at most 12 people. In this way, the per capita area is less than 20 square meters, and it may be table tennis. The ball saves more space than basketball.

Moreover, the construction cost and maintenance cost of the basketball court are also low. In extreme cases, find a flat concrete floor and two racks on the ribs. Just apply some paint. Basketball racks have become the most commonly donated for primary and secondary schools in poor areas. One of the sports equipment. Compared with other projects, the football field occupies a large area, and the cost of laying artificial turf is not low; the nets of badminton and volleyball courts and the table tennis table need to be maintained at all times, otherwise the net will sag and there will be a lot of debris on the table; as for baseball It’s hard to build a football stadium. What's more, the football stadium that has been built is not necessarily allowed to play. How can there be a place for you to play baseball?

Basketball is still relatively the most "non-equipment" sport. In extreme conditions, just have a ball, and nothing else needs to be bought.

Table tennis still needs to prepare a racket and patiently maintain it. Which side is applied with what glue is still particular; not to mention the price of the racket is closely related to the experience that can be obtained, not to mention the money to buy the ball. The ball is not an exaggeration; football is not a local sport, but it also requires a pair of studded shoes; as for football, ice hockey and baseball, the price list of equipment can discourage a large number of domestic parents.

To sum up, basketball can be developed in China, not only for historical reasons, but also for many objective reasons including national conditions and other factors. Debating whether "basketball is China's No. 1 sport" is of little significance and is not important. As long as this sport allows more Chinese people to love and participate in sports, then it is a good sport and should be promoted and supported.

After all, compared with other activities, sports can be said to be the healthiest recreational activity, isn't it?